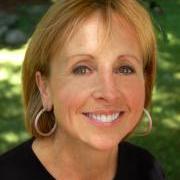 According to a recent poll done for Democrats by the Mellman Group, Democratic State Rep. Sandy Pasch (pictured, left), who is challenging Republican State Senator Alberta Darling in a recall election, is in a dead heat with Sen. Darling.

The poll of 350 likely voters had Pasch with a lead of 47% of likely voters to Darling’s 46%, a difference that was within the poll’s margin of error but marked a drastic departure from previous polling that showed Darling with a 9 percentage point lead over Pasch. Republicans have been quick to dismiss the poll, given that it was commissioned by Democrats, but I’m of the belief that the Pasch/Darling race has tightened significantly since Sandy Pasch first entered the race, and I wouldn’t be one bit surprised if Sandy Pasch was able to overcome the significant financial advantage of Sen. Darling to pull out a victory.

If you’d like to help Sandy Pasch continue her push towards victory, consider making a secure donation to her campaign.

6 Responses to Pasch edges out Darling in latest poll