In response to a shooting at Madison’s East Towne Mall on Saturday, Republican State Rep. Bob Gannon issued a press release opining that it might be a good idea to have “law abiding citizens” help clean Wisconsin of “scum bags” by shooting said “scum bags” to death. 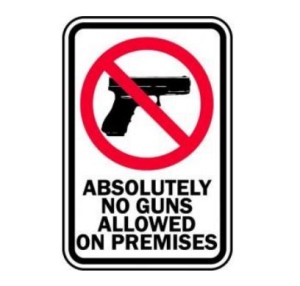 A state lawmaker is arguing that armed citizens can help clean up the “scum bags” in society.

In a press release criticizing gun free zone policies, state Rep. Bob Gannon (R-Slinger) makes the case for more citizens carrying firearms to protect themselves from criminal elements. Gannon said “Wisconsin does not have a death penalty law, but with significant practice and careful aim, law abiding citizens can help clean our society of these scum bags. Criminals no longer have any fear of our courts or our prisons, so it’s time that the citizens of this fine state stand up and fight back.”

Gannon’s release follows a shooting at Madison’s East Towne Mall on Saturday, which is a gun free zone. A 19-year-old man received a non-fatal gunshot wound to the leg after a weapon was fired during a fight between two groups of people. The Slinger Republican argued the incident “makes clear that the leftist theory that a gun symbol inside of a circle with a line through it does not make the citizens of this state safer. It is evident that the criminal whom shot off his pistol at the mall either couldn’t read the gun ban sign or he didn’t comprehend the universal symbol that is now referred to as a target rich environment.”

Rep. Gannon’s suggestion that gun-toting citizens should be judge, jury, and executioner when they see crimes being committed is chilling, and no doubt if his efforts to put guns in Wisconsin’s university system classrooms we can expect to see more stories like this.