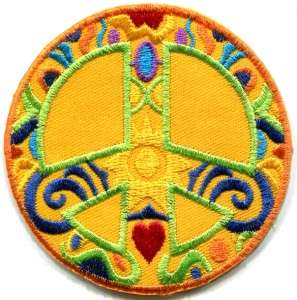 Just a gentle reminder that the gun control debate continues to move forward nation wide even if it has been relatively and temporarily silenced in Wisconsin. I’m sure it will come as no surprise to anyone that my position on the gun control debate is Repeal the 2nd Amendment. Regardless of one’s position on what the 2nd Amendment meant to the Founding Fathers or any “originalist” or rhetorical-historical-textual interpretation of its place in the Bill of Rights, ultimately there are a number fundamental questions we as a society must ask ourselves. We as a society of individuals must find pragmatic answers to gun control, gun violence, and gun rights. These are among the most pressing matters of our time because these are among the most pressing matters for our children. These are not only imperative matters for philosophical posterity, but matters of practicality in the here and now. I’ve posed similar questions in previous posts, and I’m posing them again:

Is individual gun ownership a reasonable or desirable condition in 21st century America?

My answer is no. Even if we accept the idea that the Founding Fathers did answer yes to this question we, as posterity, are not bound by their 18th century context. It is the 21st century context and the very proximal conditions of our own time that must determine the answer to this question. The Constitution was debated, drafted, revised, and ratified with generational flexibility at its core. Our governing document was designed to meet the needs of the people it serves even if those needs require our governing document to change.

Is the American citizenry fit to bear arms?

How does individual gun ownership benefit We the People?

A number of interesting items surfaced in the last couple of weeks pertaining to the gun “debate,” first a little rationalism care of Chris Mooney:

Everybody knows that our political views can sometimes get in the way of thinking clearly. But perhaps we don’t realize how bad the problem actually is. According to a new psychology paper, our political passions can even undermine our very basic reasoning skills. More specifically, the study finds that people who are otherwise very good at math may totally flunk a problem that they would otherwise probably be able to solve, simply because giving the right answer goes against their political beliefs.

Science Confirms: Politics Wrecks Your Ability to Do Math

Florida Today reported on Wednesday that attorney’s for William T. Woodward had filed a motion asking for charges against him to be dismissed under Florida’s Stand Your Ground law, which says that gun owners do not have a duty to retreat in the face of an “imminent” threat.

One perspective on William T. Woodward and self-defense:

Just imagine where we’ll be 15 years from now if “standing your ground” continues to be the foundation of our self defense laws. We’ll have to stand our ground before the other guy does or risk being shot for giving someone a nasty look. Welcome back to the Wild Wild West.

Addicting Info was too generous in its description. This trajectory doesn’t lead to the Wild Wild West; it leads to the Stone Age.

And then there’s this gem: New Moms Leader Brings Out the Misogyny in Pro-Gun Movement

I won’t excerpt anything here. Too vile.

But I will excerpt the text of a graphic from Parents Against Gun Violence:

40,000 soldiers at Fort Hood didn’t deter one man with a handgun from shooting 42 people. How many armed guards does the NRA want to put in your kid’s school?

Parents Against Gun Violence posted this article in July: New Study Data on Youth Firearm Ownership. A number of items within it should give pause. Among them:

The youths’ most commonly cited reason for carrying a gun is a familiar one: more than a third (37%) said they had the gun for protection. “The perceived need to own and carry firearms for protection among respondents with assault injury suggests a need to address youth’s perceived and real feeling of safety through individual and community intervention,” the authors wrote. Other reasons included “holding it for someone” (reported by 10% of those with guns) or having one because their “friends carry guns” (reported by 9%).

My response to this article should come as no surprise. Repeal the Second Amendment.

A final thought from Parents Against Gun Violence:

There is a widespread belief among gun rights activists that guns are only dangerous in the hands of criminals or mentally ill people — if we can simply keep guns away from “those” individuals, there’s no need to regulate gun ownership for responsible, law-abiding citizens.

There is a flaw in this belief, though. The spectrum of responsibility among gun-owners isn’t the simple binary of “good guys” and “bad guys.” All humans are human. There are moments when they lose their temper, when they do something foolish, when they misjudge a situation, when they sink into depression, when they drink too much or when they simply act without appropriate caution. No person is entirely immune to this kind of behavior. This does not mean that guns should be completely banned. PAGV supports second amendment rights. PAGV also believes, however, that recognizing the inherent risks in gun ownership — and the graduated risks associated with various types of firearms and various habits, behaviors and attitudes toward firearms — are first steps toward reducing gun violence. It’s dangerous hubris to think that, because you are a “responsible, law-abiding citizen,” you could never do wrong.

While I think this sentiment is an important one for we as a society of individuals to bear in mind, I disagree with the conclusion. That discrepancy should come as no surprise: